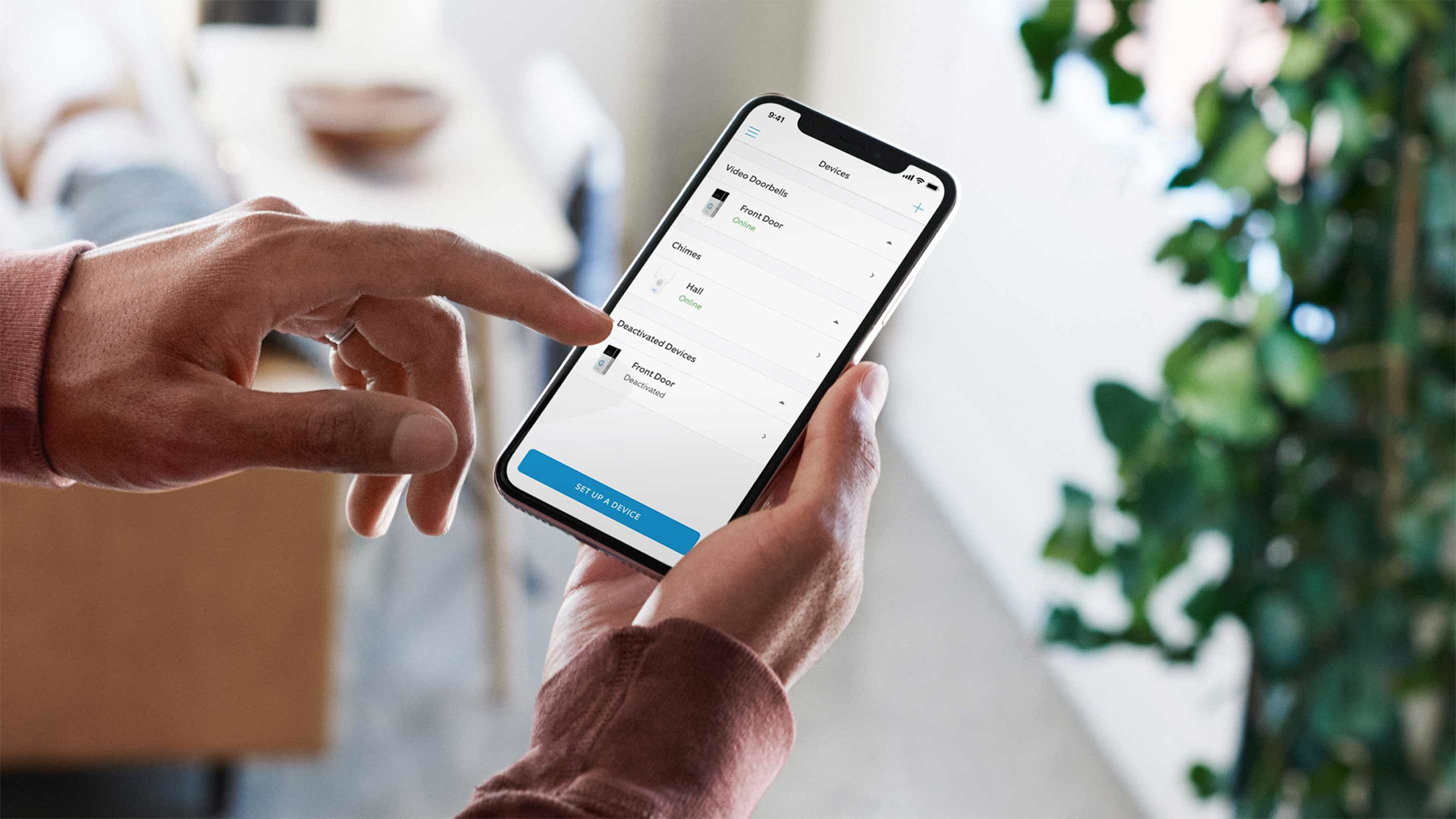 Previously, E2EE was only available to wired products like the Ring Video Doorbell Pro and Floodlight Cam. Now that support is migrating over to Ring’s wireless cameras and doorbells. However, it’s unknown if everything in the lineup will get it. Nowhere in the announcement does it say whether or not all wireless devices will have the E2EE support; although there are reports (opens in new tab) stating the support is indeed universal. We reached out to the company to see if it could clear up this confusion. This story will be updated if we hear back.

As for the new data transfer tool, it’s called Deactivated Device State. It allows users to save past recordings from an old Ring device to their account. This way, you don’t have to manually download every single video one by one. Users must stay a Ring subscriber to use this tool, however. Otherwise, they’ll have to download everything to their local computer before the company deletes the videos.

Instructions on how to save recordings and deactivate devices can be found on Ring’s website (opens in new tab). It’ll involve updating the Ring mobile app and going into a device’s personal settings to keep events.

Either way, if you do have a wireless Ring camera or doorbell, we recommend updating the mobile app to see if the E2EE is available. The company has a set of instructions (opens in new tab) on its website that detail how to set up end-to-end encryption. Similar to Deactivated Device State, you’ll have to update the app and go into the Control Center. From there, activate E2EE, create a passphrase, and then add whichever devices you want.

It’s worth enabling E2EE is because, somewhat obviously, it improves Ring Device security. Videos recorded on Ring cameras are uploaded to the company’s cloud storage which, as it turns out, isn’t the most secure. The company has a history of security problems from 1,500 passwords leaking onto the dark web to possibly giving hackers a way to steal Wi-Fi from houses.

With end-to-end encryption, your recordings have their data protected and unreadable. No one – not Ring, Amazon, hackers, or even the government – ​​can view your encrypted videos. All they’ll get is a jumbled mess of data. Only the Ring user and their connected device can view recorded videos.

That said, there’s a catch to having this level of security. End-to-end encryption on Ring devices actually disables many features including Bird’s Eye View, Virtual Security Guard, Event Timeline, and Alexa Greetings just to name a few. The full list of disabled features (opens in new tab) can be found on the company website. Users will essentially have to ask themselves whether the better security is worth the loss of convenience.

Given Ring’s history, it may be better to opt for security.

Expanded E2EE support and the new data transfer feature are great and all, but Ring still has room for improvement. Cybersecurity research firm Checkmarx recently discovered a vulnerability within the Ring Android app that could allow “threat actors to steal identity data including geolocation and camera recordings.” On top of that, it might be possible for someone to upload malware to an Android phone via this vulnerability and steal even more sensitive data, including addresses.

And what’s scary is that theRing Android app has more than 10 million downloads. Now that end-to-end encryption is available to most of RIng’s offerings, perhaps it’s time for the company to patch the holes in its own security and stop the constant leaks.

If you’re interested in beefing up your home security, be sure to check out TechRadar’s list of the best home security systems of 2022.